There were about 25,000 loyalists that participated in the Revolutionary War. Thousands also joined the British Navy and at the end of the war many left their home to live in England and Canada. Many of these men fought as partisans especially in the south where the fighting was more-like a civil war than a revolution. 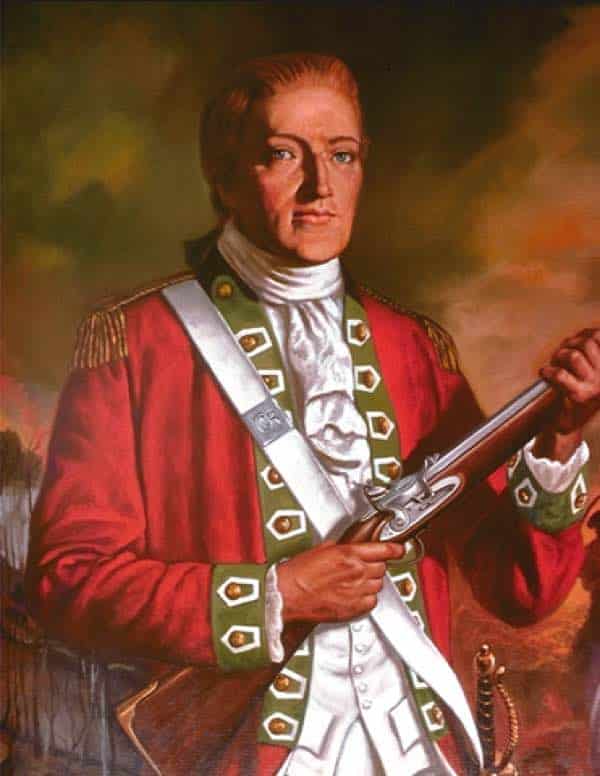 Butler’s Rangers: 1777: 600 men. Raised in New York and Canada in 1777 by Lt. Col. John Butler. Participated in raids in Pennsylvania and New York.

Duke of Cumberland’s Regiment: 1781: 600 men. Raised in Charleston from Continentals captured at Camden. Deployed to Jamaica in 1781.

King’s Orange Rangers: 1776: 600 men. Raised in New York and fought at Charleston alongside the “Volunteers of Ireland.”

Loyal American Rangers: 1780: 300 men. Raised in New York from Continental prisoners and deserters. Sent to Jamaica and fought in Honduras.

Loyal American Regiment: 1776: 690 men. Raised in New York by Col. Beverly Robinson. Fought during the Philadelphia Campaign, Forts Clinton and Montgomery, and in the raid on New London.

Maryland Loyalists: 1777: 425 men. Raised by Lt. Colonel James Chalmers in Maryland and Pennsylvania. Served in New York and Halifax until transferred to Pensacola, where they surrendered in 1782.

Pennsylvania Loyalists: 1777: 200 men. Organized in Philadelphia and fought alongside the Maryland Loyalists in New York and Halifax until transferred to Pensacola, where it surrendered in 1782.

Queen’s Loyal Virginia Regiment: 1775: 600 men. Organized to defend Virginia from Patriot attacks. Great Bridge, Virginia. Transferred to New York and merged with the Queen’s Rangers in 1776. Royal American Reformees: 1777: 120 men. Comprised of Continental deserters and transferred to Canada for the duration of the war.

Royal Ethiopian Regiment: 1775 (Virginia): 300 men. Organized by Virginia’s Royal Governor John Murray (Lord Dunmore). This unit was comprised of blacks who were promised freedom in return for their services to the Crown. Norfolk and Great Bridge, Virginia.

South Carolina Rangers: 1778: 81 men. Raised in Charleston and assigned to garrison duty at St. Augustine in East Florida, where it served for the duration.

Volunteers of Ireland: 1777: 871 men. Raised in Pennsylvania and served in the New York Campaign, Charleston, Camden, and Hobkirk’s Hill. Assigned to the British Army as the 105th Regiment of Foot in 1782.

West Florida Loyalists: 1779: 75 men. Raised in West Florida and served in the Siege of Pensacola.

West Florida Royal Foresters: 1780: 43 men. Raised in West Florida and served in the Siege of Pensacola.

West Jersey Cavalry: 1778: 160 men. Raised in Philadelphia and served in the New York Campaign. Merged into the King’s American Dragoons in 1781.