Francois Le Clerc was a French Privateer that would become the first pirate in the modern era to earn the nickname “peg leg” due to having a peg leg after a brutal injury. Le Clerc used an aggressive in brazen style in which he would board enemy ships first. This flare would motivate his crew, but would also cost him his leg and many other injuries. 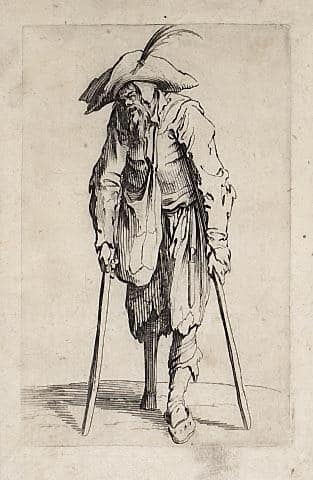 Francois Le Clerc was a natural leader who did well at recruiting the right men for his crew and motivating them to fight even during some of their most difficult times together.

As previously stated he was an aggressive pirate who seemed to fear nothing. Although he was aggressive and seemed to be reckless at times there was a method to his madness. He showed much cunning and intelligence in the planning of his attacks.

He scored large plunders in Hispaniola, Santiago, and throughout the West Indies. In Hispaniola he methodically raided and plundered the coast from south to north and stole hides and cannons along the way.

In Santiago, he devastated the Spanish capital city so much that it would never recover its former glory and Havana would emerge as the new economic center in Cuba. Throughout the West Indies, he pillaged and financed other pirate expeditions.

In 1562, Francois Le Clerc would join the English and fight against his native country. He joined the English invasion of Le Havre and helped ravage French shipping throughout the Caribbean.

History shows that treason rarely pays well for the one that chooses to betray and so is the case for Francois Le Clerc. After successfully annihilating much French shipping and turning on his native country, Le Clerc sent a request to Queen Elizabeth I for a large pension. Queen Elizabeth denied his request. Le Clerc never recovered from his wounded pride. He set sail to the Azores and was killed while trying to hunt Spanish ships.

Le Clerc’s leadership was incredible and his style was charismatic, however, his undoing was his lack of loyalty. He had killed many Englishman and had plundered that nation many times before trying to ally himself with them. It was fool-hearted to think that he would receive a pension from a nation he once openly attacked.