Do you want to learn interesting Jacques Marquette Facts?

Jacques Marquette was a French Jesuit missionary who founded the first settlement in Michigan and became one of the first people to explore the northern portion of the Mississippi River. Marquette accomplished much in his short life and his name still remains on the history books that are studied by many students. 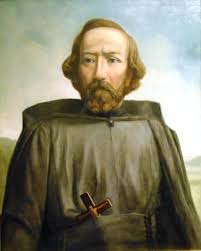 Marquette was born in Laon, France, on June 1, 1637 and joined the Society of Jesus at 17 years old. At a young age he seemed to show a passion for the ministry and his peers recognized it. In 1666 the Jesuits assigned him to New France as a missionary to the natives in the area. When he arrived Marquette quickly learned the local languages of the different tribes, specializing in the Huron Indian tribe. By 1668 Marquette had moved farther up the St Lawrence River in the western Great Lakes region.

Jacques Marquette went on to found multiple mission in the western Great Lakes region. He had a hand in founding missions in modern-day Michigan, St. Ignace, La Pointe, and in present day Wisconsin. His approach to converting the native population was much different than the Spanish Conquistadors. His approach often led to peaceful discussions of trade rather than brutalizing them. This approach was more diplomatic and often netted him more information. He learned of an important trading route of the Mississippi River. Marquette returned to his superiors and requested permission to explore it.

Permission was given, and in 1673, Marquette joined the expedition of Louis Jolliet, a French-Canadian explorer. They departed from St. Ignace on May 17, with two canoes and five voyageurs of French-Indian ancestry. They followed Lake Michigan to Green Bay and up the Fox River, nearly to its headwaters. From there, they were told to portage their canoes a distance of slightly less than two miles through marsh and oak plains to the Wisconsin River. Many years later, at that point the town of Portage, Wisconsin was built, named for the ancient path between the two rivers. From the portage, they ventured forth, and on June 17, they entered the Mississippi near present-day Wisconsin.

The expedition traveled to within 435 miles of the Gulf of Mexico but turned back at the mouth of the Arkansas River. By this point they had encountered several natives carrying European trinkets, and they feared an encounter with explorers or colonists from Spain. They followed the Mississippi back to the mouth of the Illinois River, which they learned from local natives provided a shorter route back to the Great Lakes. They reached Lake Michigan near the site of modern-day Chicago, by way of the Chicago Portage. In September Marquette stopped at the mission of St. Francis Xavier, located in present-day Green Bay, Wisconsin, while Jolliet returned to Quebec to relate the news of their discoveries.

Marquette and his party returned to the Illinois Territory in late 1674, becoming the first Europeans to winter in what would become the city of Chicago. As welcomed guests of the Illinois Confederation, the explorers were feasted en route and fed ceremonial foods such as sagamite.

In the spring of 1675, Marquette traveled westward and celebrated a public mass at the Grand Village of the Illinois near Starved Rock. A bout of dysentery which he had contracted during the Mississippi expedition depleted his health. On the return trip to St. Ignace, he died at age 37 near the modern town of Ludington, Michigan.

Good information on Marquette! Thanks!