The Wappinger tribe was once a proud tribe that existed in the Northeast at the time of the first explorers in the New World.

They were one of the few tribes that supported the Americans during the American Revolution in hopes that it would lead to better treatment. However, this did not happen. After their leaders were killed during the war they would begin a slow fade to extinction.

The Wappinger tribe no longer exists in America.

The Wappinger were omnivorous, living in seasonal camps where they hunted game, fished the rivers and streams, collected shellfish, and gathered fruits, flowers, seeds, roots, nuts, and honey. Practicing seasonal agriculture, they grew corn, beans, and various species of squash.

By the time of contact first with Europeans in 1609, their settlements included camps along the major rivers between the Hudson and Housatonic, with larger villages located at the river mouths.

Settlements near fresh water and arable land could remain in one location for about twenty years until the people moved to another place some miles away.

Despite many references to their villages and other site types by early European explorers and settlers, few contact-period sites have been identified in southeastern New York.

The first contact the Wappinger tribe had with Europeans was when the explorer Henry Hudson arrived in 1609.

As the Dutch began to settle in the area, they pressured the Connecticut Wappinger to sell their lands and seek refuge with other Algonquian-speaking tribes. The western bands, however, stood their ground amidst rising tensions.

Following the Pavonia massacre by colonists, during Kieft’s War in 1643, the remaining Wappinger bands united against the Dutch, attacking settlements throughout New Netherland.

The Dutch responded with the March 1644 slaughter of between 500 and 700 members of Wappinger bands in the Pound Ridge Massacre, most burned alive in a surprise attack upon their sacred wintering ground. It was a severe blow to the tribe.

Allied with their trading partners, the powerful Mohawk of the Iroquois nations in central and western New York, the Dutch defeated the Wappinger by 1645. The Mohawk and Dutch killed more than 1500 Wappinger during the two years of the war. This was a devastating toll for the Wappinger.

The Wappinger faced the Dutch again in the 1655 Peach Tree War, a three-day engagement that left an estimated 100 settlers and 60 Wappingers dead, and strained relations further between the two groups.

After the war, the confederation broke apart, and many of the surviving Wappinger left their native lands for the protection of neighboring tribes, settling in particular in the “prayer town” Stockbridge, Massachusetts in the western part of the colony, where Natives had settled who had converted to Christianity.

In 1765, the remaining Wappinger in Dutchess County sued the Philipse family for control of the Philipse Patent land but lost. In the aftermath the Philipses raised rents on the European-American tenant farmers, sparking colonist riots across the region. 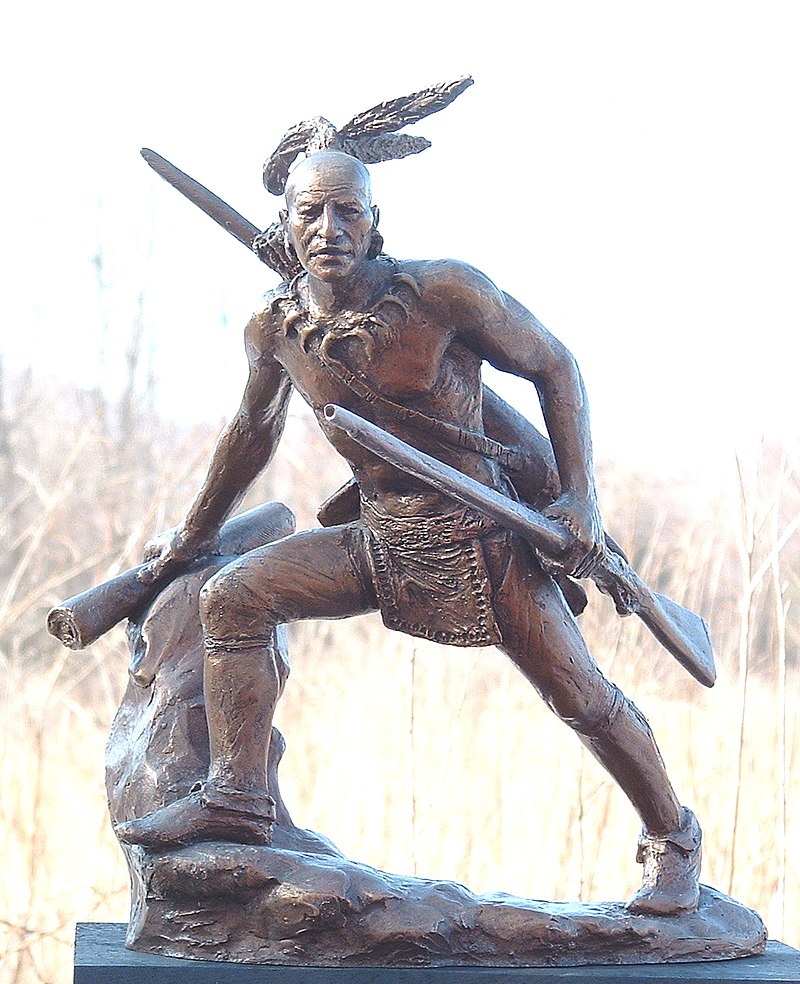 In 1766 Daniel Nimham, the last sachem of the Wappinger, was part of a delegation that traveled to London to petition the British Crown for land rights and better treatment by the American colonists. Britain had controlled former “Dutch” lands in New York since 1664.

Nimham was then living in Stockbridge, but he was originally from the Wappinger settlement of Wiccopee, New York, near the Dutch-founded settlement of Fishkill on the Hudson.

He argued before the royal Lords of Trade, who were generally sympathetic to his claims, but did not arrange for the Wappinger to regain any land after he returned to North America.

Upon a second hearing before New York Provincial Governor Sir Henry Moore and the council, John Morin Scott argued that legal title to the land was only a secondary concern. He said that returning the land to the Indians would set an adverse precedent regarding other similar disputes.

Nimham did not give up the cause. When the opportunity to serve with the Continental Army in the American Revolution arose, he chose it over the British in the hopes of receiving fairer treatment by the American government in its aftermath. It was not to be.

Many of the Wappinger tribe served in the Stockbridge Militia during the American Revolution. Nimham, his son and heir Abraham, and some forty warriors were killed or mortally wounded in the Battle of Kingsbridge in the Bronx on August 30, 1778. It proved an irrevocable blow to the tribe, which had also been decimated by European diseases