A polarizing figure who dominated the Second Party System in the 1820s and 1830s, as president he destroyed the national bank and relocated most Indian tribes from the Southeast to the west of the Mississippi River. His enthusiastic followers created the modern Democratic Party. The 1830-1850 period later became known as the era of Jacksonian democracy. 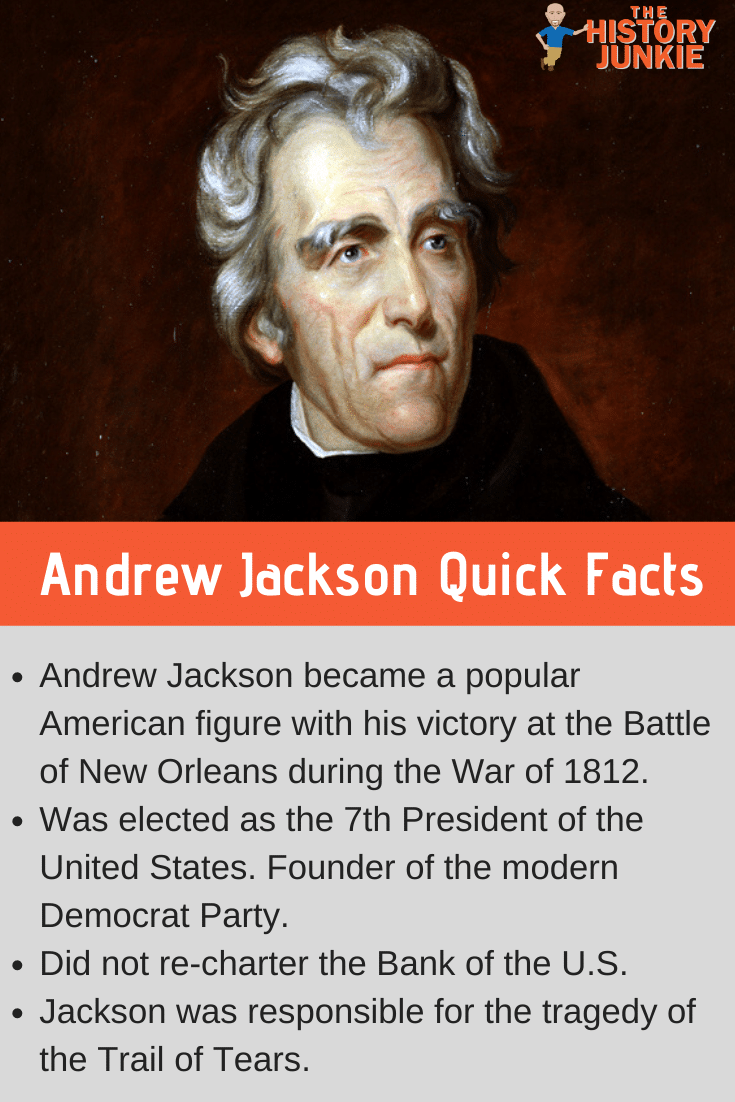