After the death of William Henry Harrison, the Whig Party was devastated. John Tyler took control of the office and was more of a Democrat than a Whig and would not allow the Whigs to pass much of their legislation.

By the time the Presidential Election of 1844 came around the Whigs nominated the experienced and polished politician Henry Clay.

The candidates were as follows:

Slavery was becoming the most dominant issue of the day. Both candidates played the middle ground on that issue.

Whigs: Henry Clay made a crucial mistake during his Presidential campaign. He was originally for the annexation of Texas and then waffled on the issue which cost him. He also argued for the recharter of the Bank of the United States.

Democratic: Polk had a clear and concise message. He promised to only serve 1 term and he articulated his 4 goals: lower tariffs, establish a federal treasury, settle disputes over the Oregon Territory with the British, and the acquisition of California.

After the debacle of John Tyler’s administration, the Vice President nomination became more important than it had been in the past. As Tyler’s refusal to carry out the Whig ideas that many believed William Henry Harrison would have done pushed each political party to look at the Vice-President as a or unified position that would carry out the president’s mission in case of an untimely death.

Henry Clay’s waffling on the annexation of Texas and Polk’s clear vision of the country made this election closer than many thought it would be.

At the beginning of the campaign, the Whigs made fun of Polk and used the slogan, “Who is James K. Polk?” and Polk certainly showed them. His clear vision, the promise of only 1 term, and steady nature propelled him to victory.

Henry Clay would again have to wait for another opportunity to be President of the United States. An opportunity that would always pass him by despite his influence in the Whig party.

President James Polk would go on to be the most successful one-term president in United States history. He would set out and accomplish each of his four goals to increase American expansion. 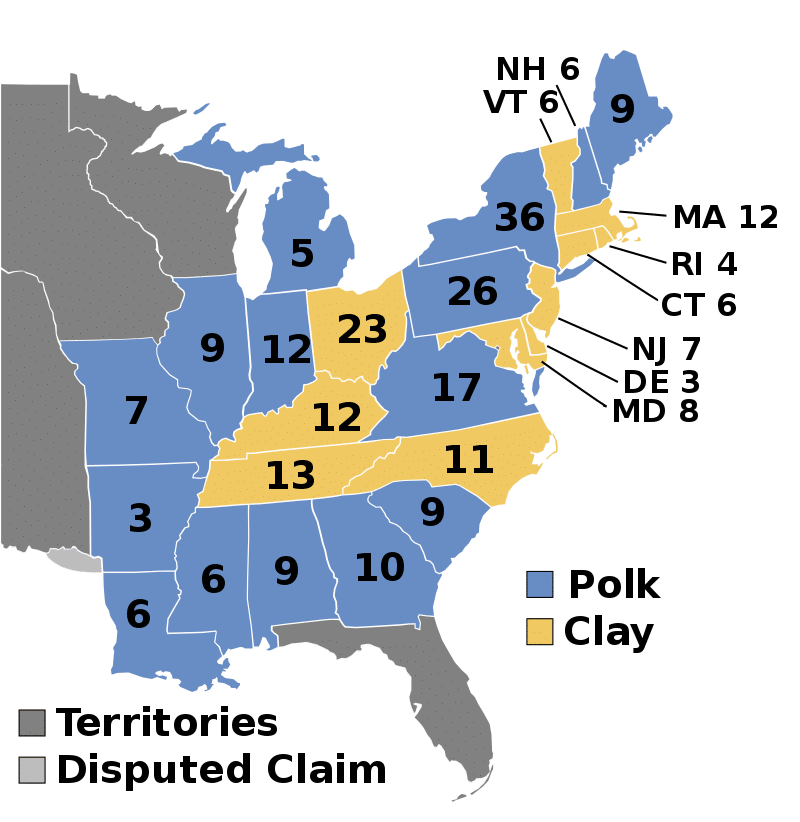