South Carolina Colony began in 1651 as the Carolina colony and eventually split off in 1712. The port city of Charlestown became the fifth-largest city in the colonies and played an important role in trade. The economy of South Carolina depended on its export of cotton, rice, and indigo which was produced by large plantations where slave labor was standard.

South Carolina became one of the largest slaveholding states in the colonies.

On the eve of the American Revolutionary War, the delegates of South Carolina were reluctant to vote for independence. There was an idea supported by many delegates that supported the emancipation of slaves.

In the original draft of the Declaration of Independence, Thomas Jefferson included a passage attacking the institution of slavery. John Adams and Benjamin Franklin edited the document to not speak of slavery in favor of unifying the colonies and dealing with the issue of slavery later.

South Carolina began as the Carolina colony which combined modern-day North and South Carolina. The first attempted settlement in the Carolinas was Roanoke, which ended with the colonists disappearing. The Spanish and French also had failed attempts to colonize the Carolinas.

Although founded in 1663 the first permanent English settlement in South Carolina was established at Albemarle Point in 1670. Many of the original settlers came from the Caribbean island of Barbados, including the new governor, William Sayle.

A year before, in 1669, prospective Carolina settlers including John Locke wrote the Fundamental Constitutions of Carolina, which served as an early form of government for the Carolina colony.

In 1680, the colony moved to Charles Town. Charles Town would quickly become the cultural and economic center of the southern colonies. Because of the influence of the Caribbean settlers, the colony’s original economy resembled the plantation colonies of the West Indies.

It would become a major center for rice, tobacco, and indigo production, and the colony’s plantation owners were among the wealthiest people in all the colonies. By the late 1700s, African-American slaves represented the majority of the population in South Carolina, as the number of cotton plantations increased.

Many of these plantation owners made large amounts of money through the slave trade and trade with England. Which led to a high loyalist population.

The South Carolina delegates to the Continental Congress: Edward Rutledge, Arthur Middleton, Thomas Lynch, and Thomas Heyward each owned slaves and were reluctant to vote for independence.

Many southerners felt that the wealthier and older colonies in the north wanted to end slavery which meant an end to their way of life. However, when Virginia supported independence the southern colonies quickly followed.

During the American Revolutionary War, South Carolina was ravaged by combat and some of the bloodiest battles of the war. Battles such as Camden, Cowpens, Waxhaws, Kings Mountain, and Guilford Courthouse were all fought in South Carolina.

South Carolina became a hub of guerrilla warfare with such men like Thomas Sumter and Francis Marion the British were harassed throughout the countryside.

South Carolina went on to ratify the Constitution and join the union but would become the first state to secede from the union on the eve of the Civil War. The Confederacy would fire on Fort Sumter and by the end of the war South Carolina would be in shambles.

The delegates from South Carolina all died tragically and young, but they left a great legacy. Each of them became leading voices for American Independence and would serve their country honorably during the Revolution. 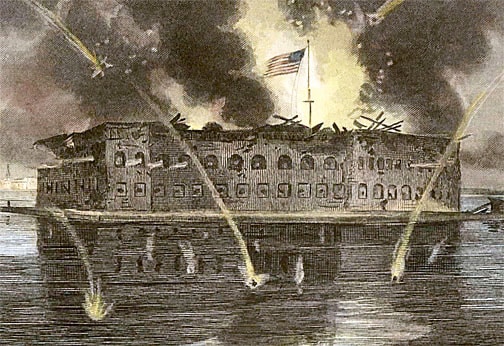