Francis Marion ( 1732 – February 27, 1795) was a military officer in the American Revolutionary War. He became one of the most popular characters in the war, especially in the south. Marion was one of the first to employ guerrilla tactics against the British and became one of the founders of guerrilla warfare. Marion is considered to be the father of modern guerrilla warfare and maneuver warfare. He is also considered to be the father of the United States Army Rangers. 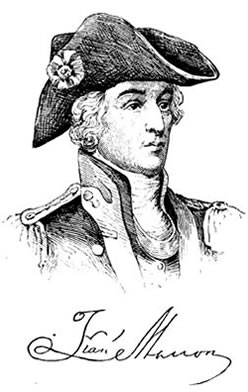