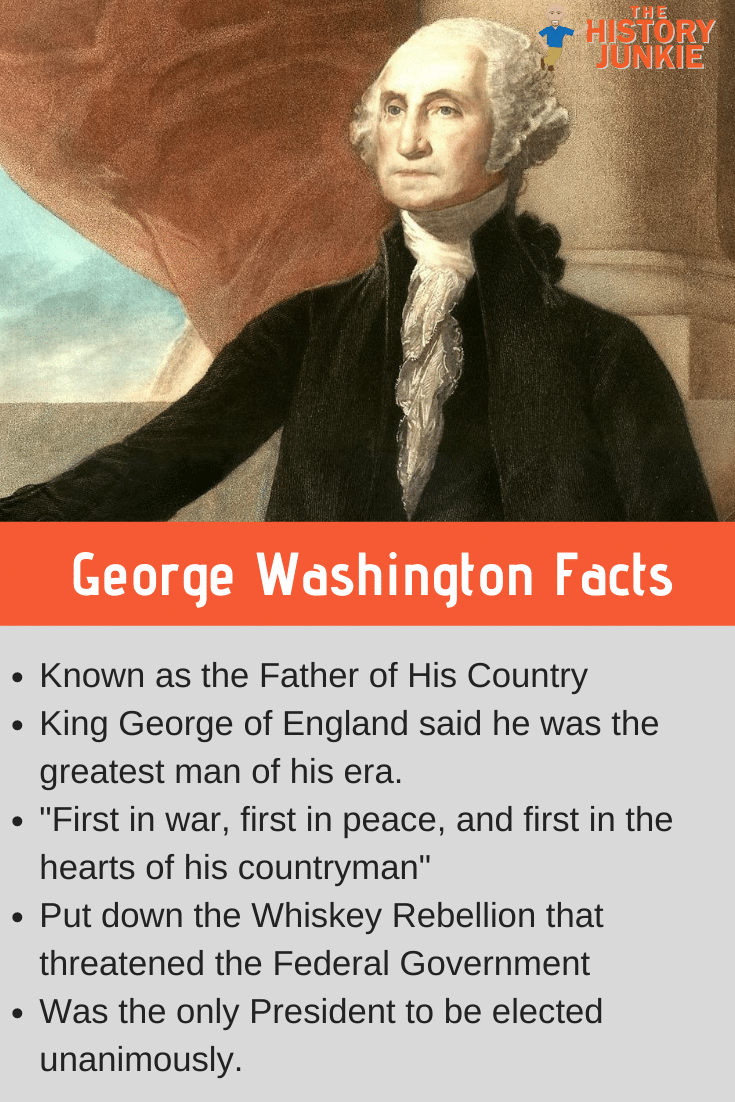 President George Washington was the first President of the United States and his presidency set many precedents that we still see today. However, his presidency is usually romanticized and many don’t realize how tough it was.

His cabinet had many disagreements over foreign policy, there was a domestic push to support France’s war against Britain and a Whiskey Rebellion.

When he stepped down after his second term and returned to private life it was the first time in World History that a man with the power of George Washington stepped down before his death.

July 16, 1790: Signs a bill that places the nation’s capital in an area that would be called the District of Columbia.

August 4, 1790: Signs a bill that directs the federal government to assume the Revolutionary War debts of the states.

December 13, 1790: Under the guidance of Alexander Hamilton the Federal Government create the first official Bank of the United States.

March 3, 1791: The First Internal Revenue Act was passed. It would tax Whiskey which would inadvertently create the Whiskey Rebellion.

May – June 1791: Thomas Jefferson and James Madison begin to form a new coalition of Anti-Federalists.

September 9, 1791: The site of the capital is named after George Washington

October 31, 1791: An anti-Washington newspaper is founded. The National Gazette.

November 4, 1791: The Miami Indians easily defeat General Arthur St. Clair when they inflicted 900 casualties. He was sent by George Washington to clear the way for American settlers in the Ohio Country.

November 26, 1791: Washington holds the first full cabinet meeting in the history of the United States.

January 12, 1792: Thomas Pinckney is appointed as the First United States Minister To England. He is ordered to seek peaceful and profitable relations with Great Britain.

February 2, 1792: The President Succession Act is passed that takes care of who comes into power after the President dies.

May 8, 1792: The Militia Act is passed. General Anthony Wayne is commissioned as Commander in Chief of the Army and authorizes that all white males between the ages of 18 – 45 be enrolled for military service.

September 9, 1792: Thomas Jefferson sends a letter to Washington stating he intends to resign due to Washington taking Hamilton’s advice and a growing disagreement in policy.

October 13, 1792: The cornerstone for the Executive Mansion is laid in Washington D.C.

April 22, 1793: France Declares War on Great Britain, Spain, Austria, and Prussia. This put tremendous pressure on Washington to pick a side, but he took a stance of “strict neutrality.” Around this time was the Citizen Genet controversy.

November 6, 1793: Britain begins the Impressment of American Sailors which brings the United States and Great Britain close to war.

April 19, 1794: John Jay, first Supreme Court Justice, is sent on a special envoy to Great Britain to try and repair relations with Great Britain and stop the Impressment of American Sailors.

June 5, 1794: Congress passes the Neutrality Act which forbids any American Citizen from enlisting in the service of a foreign government. It also bans the outfitting of foreign ships in American ports.

July – November 1794: The Whiskey Rebellion begins and is successfully put down with the use of military force.

November 19, 1794: Jay’s Treaty is accepted by Great Britain. The United States avoids war and Britain removes its soldiers from the Northwest Territories.

January 29, 1795: Congress passes the Naturalization Act which requires non-citizens to live in the USA for at least five years before they can apply for naturalization.

March 1795: Jay’s Treaty is made public and opposition from Jeffersonian Democratic-Republicans arose when Southern Planters became furious when they were not compensated for the loss of their slaves during the American Revolution. Northern merchants did not like the trade agreement. The treaty was unpopular throughout the nation, but it managed to keep the peace between America and Britain.

September 19, 1796: Washington delivers his farewell speech and returns to private life. After successfully defeating the British during the Revolution, leading the Constitutional Convention, and being the First President of the United States. George Washington returns to Mount Vernon to never hold a public office again.