In the Presidential election of 1820, President James Monroe ran unopposed. This would be the 2nd time in history that this occurred with the first being George Washington.

The Federalists party had dissolved after the election of 1812 and Monroe had adopted some of their ideas which made him a strong candidate.

This election would be the last victory for the “Virginia Dynasty” and also the last President of the Revolutionary War generation. A new wave would soon come, which would be led by Andrew Jackson.

The Candidates are as follows:

There was no doubt that James Monroe would be reelected as America was now in the “Era of Good Feelings,” but that did not mean that there were no serious issues.

Slavery was becoming more of an issue in the elections, especially when it came to the admission of states. The Missouri Compromise would kick the issue of slavery down the road a few years as it allowed for a balance of power between free states and slave states.

However, the abolitionist movement was picking up as was the Underground Railroad. There was a route that was available to runaways through Spanish Florida but would end when Florida became a state in 1821. Also, fugitive slaves were crossing into the North and escaping into Canada.

There was no campaigning for reelection since Monroe ran unopposed.

President James Monroe went on to win by the largest margin in history, with the exception of George Washington. One elector cast their vote for John Quincy Adams just so Monroe would not win unanimously.

Missouri and Maine would both cast electoral votes as the United States continued to expand its borders.

The United States would continue to move forward and despite its shortcomings with slavery and the Native Americans seemed poise to become the most powerful nation in the Western Hemisphere. 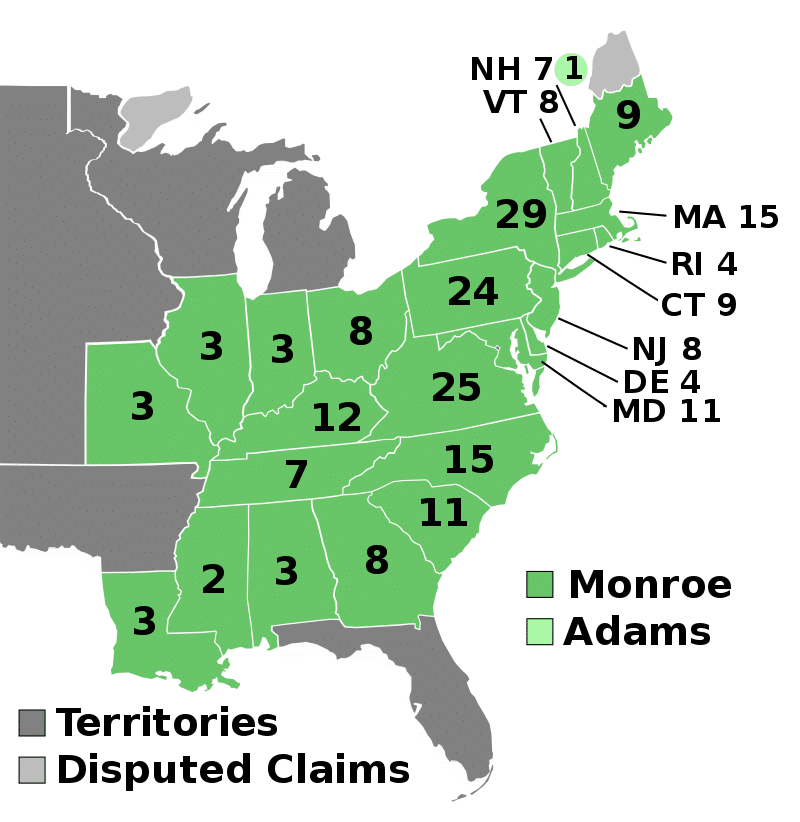